It is hard to imagine a modern battlefield without the capabilities of night vision, but during WWII the technology was in its infancy. As early as 1935, Allgemeine Elektricitats-Gesellschaft developed night vision equipment for use by armor as well as infantry units. Unfortunately, the equipment was exceptionally large, heavy and expensive. In 1942, German researchers developed prototype night vision sights for use on anti-tank guns but not hand held weapons.

The Zielgerat 1229 was first produced in 1944 and code named, “Vampir”. It was an active infrared system in which an infrared spotlight illuminates the target area with infrared light that is converted to the visible spectrum in an electronic scope/camera. It represented a giant leap forward in the production and use of night vision equipment. The Zielgerat 1229 could be fitted to the StG44 assault rifle or the MG42 and MG34 machine guns. The ZG1229 was fitted with lugs to the StG44 at C.G. Haenel at Suhl, the famous German weapons production facility. A total of 310 were made and delivered to the Wehrmacht in 1945. Snipers who were lucky enough to receive the Vampir device were designated “Nachtjagers” which translates to “Night Hunters”. The ZG1229 Vampir was by no means light in weight. It weighed approximately 5 pounds but needed a battery pack weighing 30 pounds mounted to a Tragegestell 39 pack frame. Add to this 11 pounds for the StG44 assault rifle, and the “Nachtjager” carried a total of nearly 50 pounds into the field in addition to his normal pack.

The vast majority of the Vampirs were used on the Eastern Front to stem the advance of Russian forces pushing to Berlin. This example includes the Zielgerat infrared scope itself, and the modified gas mask canister that contains a transformer and other electrical components required to power the scope. The original battery pack and infrared illuminator are missing, but an American illuminator of similar age is included. The scope would have been mounted to the top of the rifle and the illuminator would have been mounted to the top of the scope. The late owner was stationed in England with the US Navy in the 1950s. He obtained the scope from a colleague in the British Army. The scope was known to be operational as late as 1960. Since then it has been stored in a heated basement and no attempts have been made to power it up.

A singular opportunity to acquire one of the world’s first practical night vision scopes and a rare survivor of late war German technology. 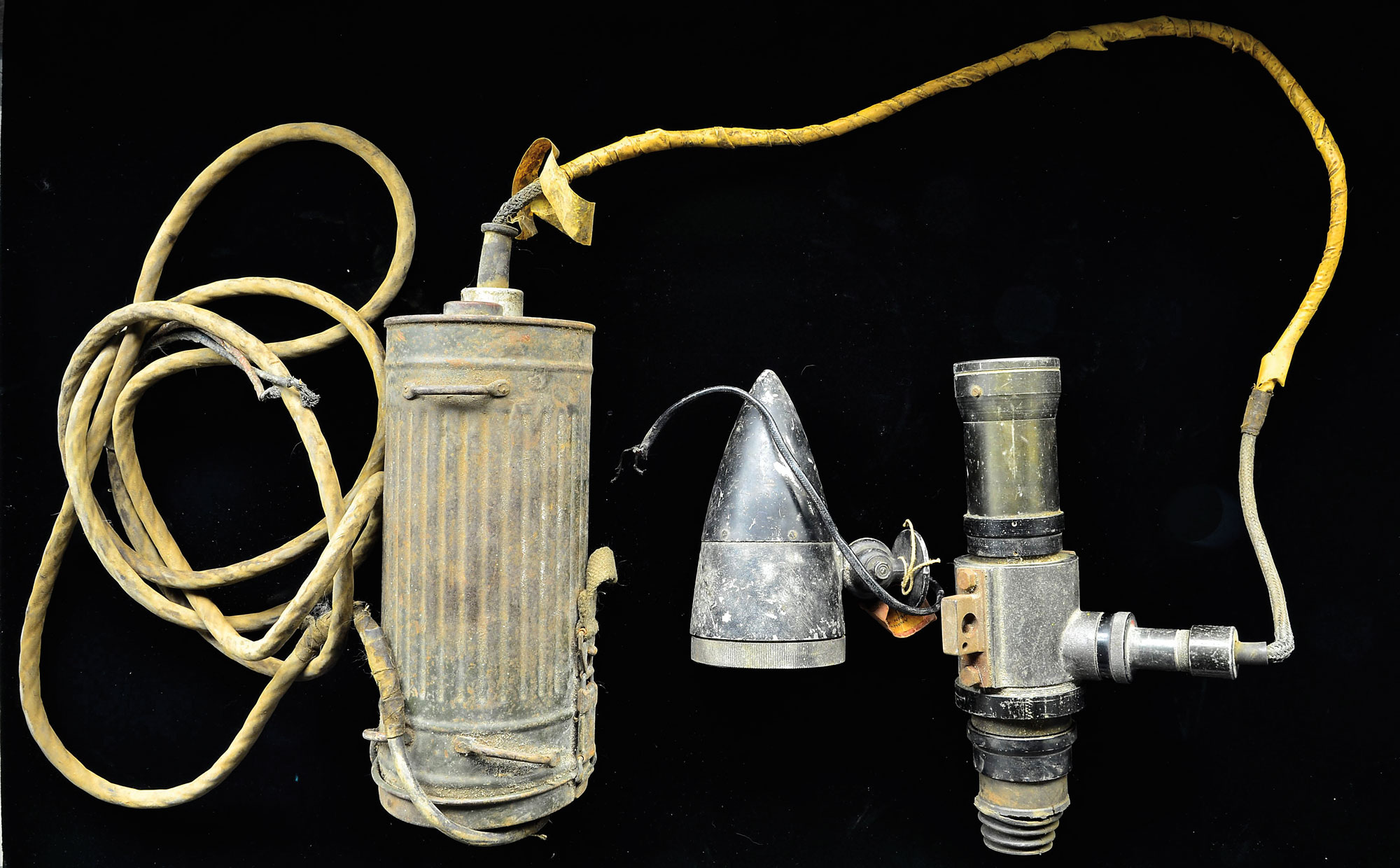