Approx. 200 mfg. for trials but safety not marked so returned to factory but some “lost” so factory had to make additional pistols. After loosing Army contract Savage purchased them back for about 10 cents on the dollar. They were refinished w/ Savage 2 line marking on top of slide removed & single line added on top of shroud on left side of rib. Savage intended to market them as a lot leaving top of rib available for distributor name. As these were reconditioned used pistols, they were given matte finish as opposed to original gloss finish. This pistol w/ mostly matching numbers to include frame, slide, barrel, sight / extractor & cocking piece; correct fully checkered walnut grips numbered 70 on left plus no visible number on right. Refurbished models occasionally commercial sold to individuals & military personnel but most sold to EK Tryon & Company for further retail sales. Mag latch releases by pressing top; earlier style. Lanyard loop at rear of butt of ingenious design allowing exposed lanyard use or can be pivoted inside magwell if not needed. 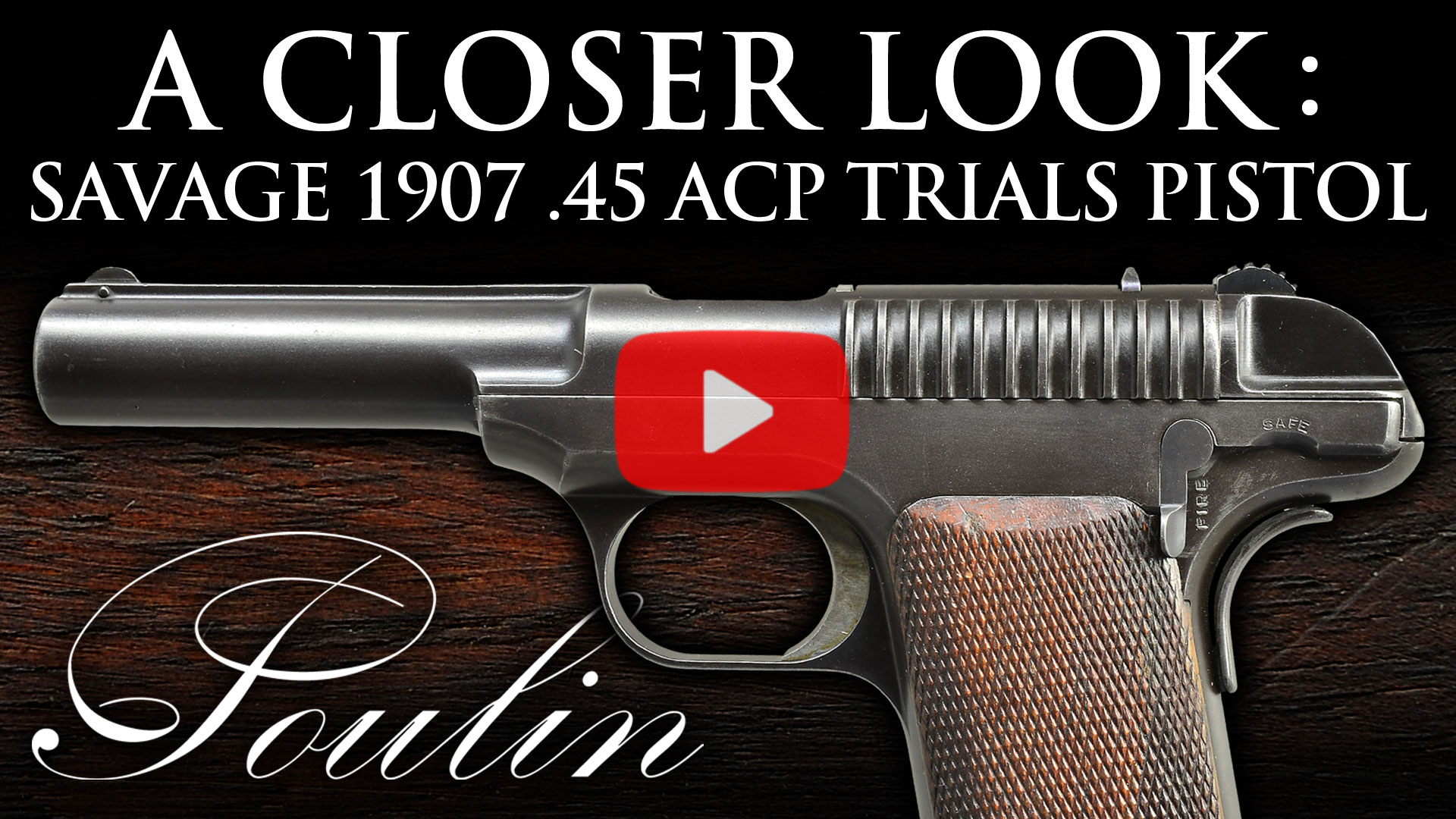